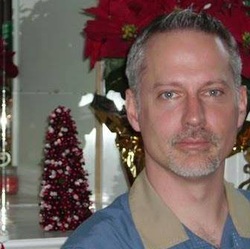 I am a proud "bigot," and highly "sexist" - even though I IMMEDIATELY came out in support of Derrion Albert and his family, and do now support: Sir Allen West, Deneen Borelli, Dr. Benjamin Carson, Mia Love, and Alan Keyes.

FYI, I am also a proud "Islamophobe" for having IMMEDIATELY taken a stand for S.D. - The New Jersey, Morroccan, Muslim woman that was seeking "American" protection from her abusive Sharia, Shank of a husband, M.J.R.  We "Right Wing Extremists" were upset because the first judge didn't afford S.D. proper protection in a TIMELY MANNER - you see we care when a person loses even one night's sleep.  "You," on the other hand, well, are spiritually slow of mind.  By NOT slapping a restraining order on the abusive man, the NJ court, in essence, afforded a sick man time - time that could have only lead to less meaningful rest, possibly more abuse, and in some cases - even spousal murder.

Todd W. Utzig is an author, editor, and religion contributor which is looking for a job as either a radio or television broadcaster.  He's degrees in Business Management and Radio and TV Broadcasting.  Here's a taste of his broadcasting ability, while sick with bronchitis, but still a taste of his style.